Skip to content
Previous
Bedtime Fears: The story of my son, Santiago 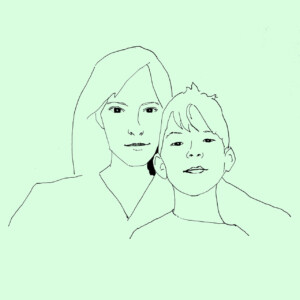 Bedtime Fears: The story of my son, Santiago

(For a general approach to bedtime fears, please see Bedtime Fears: Understanding the path to recovery)

My youngest son, Santi, developed a fear of being alone at bedtime, at age 10. He had never had trouble with this before and had slept by himself, in his pitch black room, since he was 5 months old. For Santi, this bedtime fear was triggered by a scary, true crime story, told at camp. The seed was planted and his fear and sense of vulnerability grew, over a couple of weeks, until he was demanding that I or his dad sit in his room while he fell asleep. The normal assurances weren’t working. He would cry and scream and hold onto us desperately. He refused to stay in his room by himself.

This wasn’t exactly a sleep issue. Santi was afraid to be by himself, and usually avoided it in the daytime too. But bedtime can make kids feel even more vulnerable. This was the time when his mind was free to wander to scary places. He was really suffering and getting worse. I could see that we needed a therapeutic approach.

I knew that anxiety self-perpetuates. It can grow and generalize. I believed in the exposure therapy approach for anxiety, where a person is exposed gradually and safely to their feared situation. So I wanted to create a plan that gradually exposed Santi to being alone at bedtime. It’s not really different from most sleep training approaches that give children gradual and increasing opportunities to learn to self-soothe to sleep.

As a family, we identified the goal of wanting Santi to feel confident in his room by himself again. I told him that he would not get better by having his parents sit in his room for his sleep. He agreed that he wasn’t gaining confidence with us there, he just felt protected from a perceived danger or sense of vulnerability.

I told him that he could recover from the fear if he would consistently follow a plan that gradually weaned him off the support. I told him that he would probably feel afraid, but we would practice exercises that he could do by himself in bed to help with that fear. I also said, by staying in bed and falling asleep on his own, he would prove to himself that he is safe, and that these little successes would help him build confidence.

Santi understood but he was nervous. He wanted to feel better, but was afraid to feel afraid. He had begun worrying about the coming bedtime in the daytime.

We spent several days learning and practicing calming and mind-busying strategies like breathing exercises and body scanning, and we committed ourselves to a daily, guided, mindfulness practice, which we continue to do.

I won’t explain every detail of our plan. It involved a combination of supports that were gradually tapered, including:

Santiago is a sweet and helpful kid. He is normally very cooperative, but with this, he resisted and protested because he was really and truly, very afraid. I had to say many times, “You will feel afraid AND you will be okay. You have your strategies and you know you are safe.”

This is an important point to make too:
Santi’s state was never worse than when his Dad and I were just about to leave his room. With the exception of maybe three nights, he held to the plan that he would stay in his bed without calling out. He held himself together using the calming and mind-busying strategies and fell asleep. I know it wasn’t easy for him.

As we followed the plan, we very slowly weaned off the support while Santi gained confidence and recovered. This took 3 months.

It was really hard. Santi would often cry about how unfair it was to feel this way and how long it was taking to feel better. He was angry with me because I had predicted he would feel better faster.

I also felt like it was taking too long. I wasn’t always patient with him when he begged me to stay. It was so frustrating when he regressed a bit after having a few good nights. I felt sad for Santi but I knew he needed to keep trying. I was still sure of the method.

Santi’s dad veered off the plan, a couple of times, by sitting in the room with him while he fell asleep. He thought that sometimes Santi needed a break from the stress he was feeling, if he was particularly distraught. I didn’t want to take steps backwards, considering the steps forward were so hard won. And I didn’t want Santi to think that if he only protested a little harder, he’d get Dad to stay in his room. But, in this case, those isolated inconsistencies didn’t damage the process. Santi knew I was determined to help him move in the direction of progress. And frankly, he probably did need a little break. Since he was still experiencing so much fear, we must have been moving too quickly in the process of weaning support – a sign of my impatience.

I did daily “check-ins” with Santi to keep him motivated, to talk about what was helping and what wasn’t, and to identify success. It was helpful for both of us to see that his fear was subsiding and that he was regaining comfort and confidence. Ultimately, he did the work and recovered. It took a lot of trust, perseverance and courage.

Since then, there has been the occasional bedtime when Santi panicked about letting us leave, because he was feeling worried about some scary thoughts. When that happens, we talk through the thoughts he’s having, I remind him that he can do this – and he does!

In the morning, I will ask Santi what it was like to be alone while he fell asleep. His story is usually that he was a little bit afraid and he would use one of the breathing exercises which actually works to calm him!

Santi is proud of his accomplishment. I’m really pleased that we, as a family, (because it was a family effort, even his older brother had to learn to support this effort) were able to stick with the plan and support Santi’s work. It’s these kinds of experiences that give kids the chance to learn valuable lessons like:

A closer look at the fear

Santiago was afraid of situations that can and actually have happened. I confidently told him that home invasions and random murders very rarely happen. But as we talked, he was able to express that he didn’t think we were really in danger of this kind of crime. If he had, he would have been asking us to get an alarm system or a guard dog. It was something deeper. He had these realizations: these atrocities exist, some of these acts are random, and anyone can be a victim. It was totally destabilizing.

There are many life experiences that can rock a child’s world and cause a new sense of insecurity: learning that we all die, parents separating, illness in the family, moving into a new house, a pandemic, etc. It’s not easy to navigate these as an adult, let alone help a child to do so. It’s important to be honest with children about these facts and to practice “bright side” thinking, gratefulness, and being present in the moment.

When our kids are thinking deep thoughts and become existential or fearful, we can show them that the world is full of beautiful possibilities, natural wonder, and meaningful relationships and connections. And we have to give them the opportunity to explore and learn, sometimes the hard way, through failure and fear, by encouraging them to try and showing them that it’s worth it.

Rebecca Mendoza is a Toronto-based, child sleep consultant, trained and certified through the Family Sleep Institute, and studied sleep physiology at the University of Toronto. She approaches sleep consulting as a partnership with parents, with an emphasis on evidence-based techniques, supported by sleep science. Rebecca loves to help families achieve the great sleep we all need and deserve.
Toggle Sliding Bar Area
Page load link
Go to Top